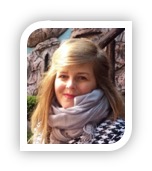 She was born in Warsaw-Poland in 1984. She started her music studies with piano lessons with her music teacher and organ virtuoso Waldemar Pawlik. She started her professional music education in Wotomin Lutoslawski Music School in 1996. She practiced piano with Elzbieta Chmielewska and cello with Barbara Musiej during her first-degree education and finished in 2000. In the second degree she practiced cello with a famous cello virtuoso and cello group chief in Warsaw Chamber Orchestra for long years, Mariola Palczewska and studied chamber music with worldwide famous conductor, composer Prof. Szymon Kawalla. She finished the second degree in Wotomin Music School with a recital she gave in Wactava i Zofii Natkowskich Museum in Wotomin city in 2006. At the same year she was accepted to Krakow Music Academy. She transfered into Karol Lipinski Music Academy in Wroclaw at the request of head of Academy, concertmaster and pedagog Prof. Urszula Marciniec-Mazur. In here, she practiced cello with Prof. Urszula Marciniec-Mazur, chamber music with pianist and chamber music virtuoso Anna Przyjemska and Accompaniment with Wroclaw Philharmonic Orchestra Member Alina Wojtowics. She graduated with her thesis titled “Motivation’s Place in the process of teaching and learning” in 2009. She finished her postgraduate education with her thesis she wrote and defend in 2011, titled “Music and Politics, Consequences of making music, age long dependences and links”

Since 2011, she worked in Wolomin Witold Lutoslawski Music School as cello teacher. She gave concerts with Ars Polonia Chamber Music Group in which she is a founder member in and around Warsaw.

During the same years, she participated in many chamber music concerts established and conducted by Prof. Szymon Kawalla. She gave solo recitals in Polish Embassy in Ankara in 2014 and in 2015. She has been working in Afyon Kocatepe University State Conservatory as a cello and chamber music lecturer since 2013.